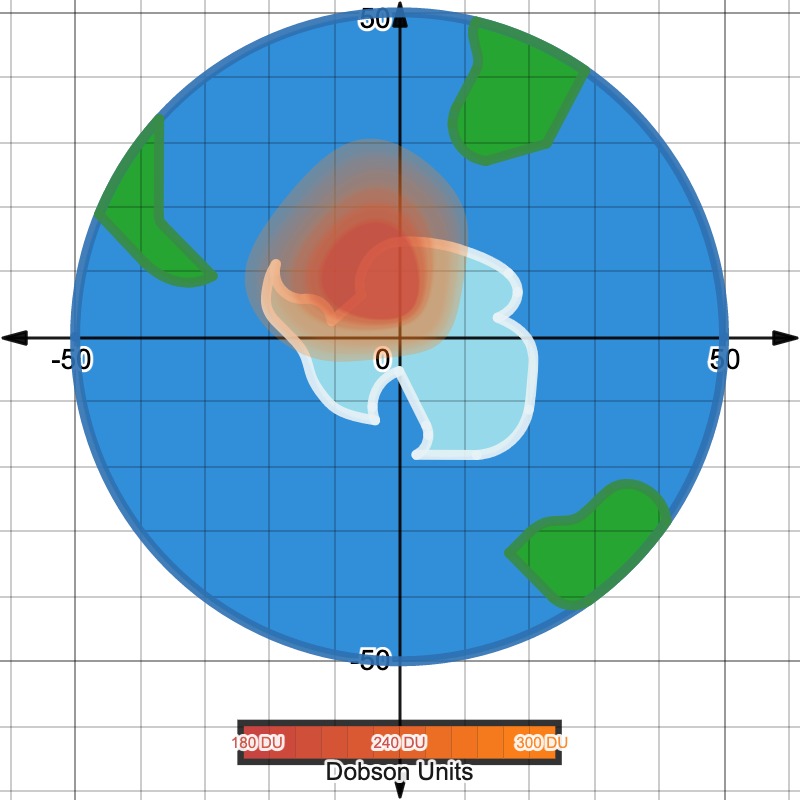 The Ozone layer is one of the many protective characteristics planet Earth offers humanity. This sparse layer of triple bonded oxygen in our stratosphere absorbs ultraviolet radiation (UVR), preventing it from reaching the surface.

During the 1960’s, chlorofluorocarbons (CFC’s) were massively manufactured due to their properties as an ideal gas for refrigerants. However, CFC’s once used and released into the atmosphere would prey on ozone molecules by bonding with them and rendering their protective capabilities futile. Thus by the 1990’s the ozone layer was thinning and largely depleted over the Southern Hemisphere.

Overexposure to UVR can cause melanoma, skin cancer and chronic sun damage. In fact 2/3 of all Australians will be diagnosed with some form of skin cancer by the age of 70, and currently 95% of all skin cancers in Australia are caused by UVR damage.

However, in the last three decades incredible progress has been made to the restoration of the ozone layer. The landmark Montreal Convention resulted in drastic measures to phase out the production of CFC’s. Now according to NASA data, the ozone hole is finally showing signs for recovery.

Today on the International Day for the Preservation of the Ozone Layer, Maths2Arts has graphed an animation of the staggering progress the world has made to the recovery of the Ozone hole over the Southern Hemisphere.

The animation of an abstract and undefined shape was a difficult yet exciting challenging that Sahil tackled on this project. The ozone hole was created with a combination of transformations on a parametric equation for a circle. The point (cos(2πt), sin(2πt)), which defines a circle, was transformed by adding the result of a sin function to each of the x and y coordinates of the circle. This made it into an abstract wavy shape that resembled a circle. Sahil added a variating strech factor that allowed the ozone hole to shrink as the animation progresses and two rotating factor that allowed the ozone hole to rotate around the origin and itself. By making multiple shapes with a gradient colour from orange to red, and layered opacity for the shapes, Sahil was able to achieve the smooth shading. Further, Sahil used a decreasing function to allow the opacity of the shapes to reduce as the animation goes forth. Finally the continents at the back were made out of linear, circular and polynomial functions. Using Desmos’s regression mapping function, complicated curves were traced out with degree eight, nine and ten polynomials.

Sahil not only throughly enjoyed being challenged by this project but appreciated the value in creating it.

Maths2Arts hopes to raise awareness about the importance of the restoration of the ozone layer but also hopes to showcase the remarkable progress humanity can make united.